It is so heart-warming and such a privilege to be part of a loving family! Elizabeth and I feel so blessed with our children and grandchildren. Recently I had a week’s preaching and teaching in Aberdeen, but Elizabeth was rather unwell at that time and needed someone to be with her and care for her. We were so touched that the three children took it in turns to have a couple of days in our home looking after Elizabeth. Elizabeth felt so surrounded and cocooned in their love. Happily she is recovering well and steadily regaining strength, but we still have to take things a little gently. 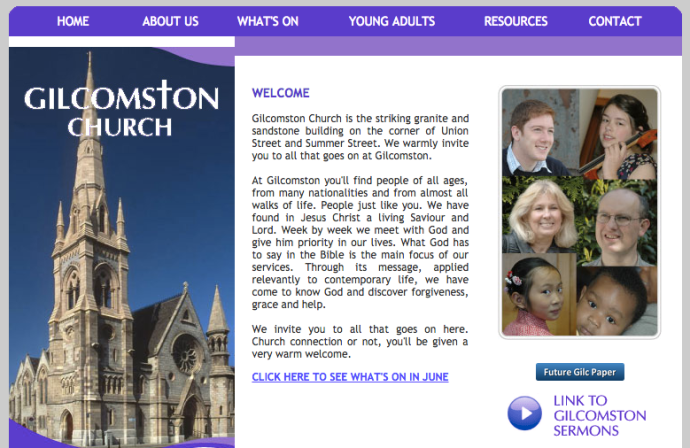 It was very good to be back in Gilcomston Church  (‘Gilc’) which was a major Church of Scotland church until the strong support for same-sex relationships became the final straw on top of other non-biblical trends in the national church. Two years ago they separated from the Church of Scotland along with quite a few other major churches around Scotland. Some have joined the Free Church of Scotland, others have joined the International Presbyterian Church which stemmed from the ministry of Francis Schaeffer. Gilc and several others are still just independent churches, but they relate closely with the others which have left the C. of S. It was fascinating to talk with the Minister and others about their relatively new situation. New freedom brings new opportunities for effective ministry, but also introduces new issues in the life and outreach of the church. They will also face the question of ordination and training for ministry – All Nations with its strong emphasis on biblical cross-cultural training would seem ideal for them. This relates particularly to Aberdeen with its oil economy and its strong university life which make the city very international. For me it was a delight to see a large group of English teachers from China in the church when I preached on the Sunday and then again in an International Bible Study where I spoke – two even came from Lanzhou and knew the church we relate so closely with there. Altogether it was very encouraging to feel the open-hearted enthusiasm of the people in the different meetings where I was speaking. And it was very good too to stay again with Geoffrey and Angela Tudor (ex-All Nations) whose hospitality is always very generous.