Until 1961 the atheistic communist Hoxha reigned with an iron fist. And it was reckoned that a third of the whole population acted a government spies, so even in one’s own home no-one was safe. Was your husband a spy? Or your wife? Or one of your children? Fierce atheism destroyed every vestige of religion, both Christianity and Islam. Even the word “God” was expunged from the dictionary as no longer used at all in Albania. 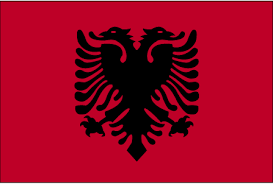 So the churches are all quite recent. Now there has been a resurgence of Roman Catholicism and Orthodoxy. And the evangelicals have some 10,000 members and are growing fast. They have two theological schools and have already started to send workers to other countries in mission – TaIwan, India and Balkan neighbours – Greece, Macedonia and Kosovo.

I was invited to speak at the evangelicals’ first missions conference with 250 eagerly attentive participants – mainly pastors and church leaders. Then I preached at the International Church in Tirana and did three evenings of lectures at one of the theological schools with about 25 students. I also spoke at a wonderful dinner for church leaders by personal invitation and had a morning with some of the O.M. team in the city of Durres. People were so warmly open and hungry for everything we could give them.

During the day before teaching in the evening a key young Christian leader generously showed me some of the sights around Tirana and up into the mountains. I had a lot to learn about Albanian history and geography! He shared much with me about the teething problems in some churches and we discussed and prayed together which was wonderful.

Albanians are rightly proud that in the 1940s under Italian and then German occupation not one Jew suffered. They have a considerable and significant Jewish community, but every single Jew was adopted into an ordinary Albanian family and thus gained acceptance as genuine Albanians.

Thank you to those who so kindly prayed for me in this trip. God was wonderfully good and he certainly answered your prayers.

Two fascinating trips occupied our diary for April. Our good friends Graham and Jenny McAll kindly invited us to the Isle of Man for a mixture of holiday and speaking. Jenny is genuinely Manx and Graham is rapidly becoming so. It was a real joy to be in their delightful home and enjoy their warm hospitality. Each day they kindly drove us round the island to see some of the beautiful and spectacular scenery with lots of sea birds and seals.

The daffodils were abundant and lovely too. During the week we spoke several times and on the Sunday Elizabeth preached in a small village Anglican church while I preached in the main Baptist church in Douglas, the capital of the island. Churches on the island suffer the same sort of problems that we face in England, but there are pockets of encouragement, spiritual and evangelistic vitality. We found people enormously warm and open to all we could give them in our teaching and preaching.

The Isle of Man was the first country in the world to have a democratic parliament. It is still independent and self-governing under the sovereignty of the Queen. Its history is impressive, going back to stone age discoveries. The early Manx inhabitants later inter-married with early Celtic invaders and colonisers. Their blood was then mixed with the Vikings who also colonised the island and enjoyed its rich agricultural land and relatively moderate climate. In more recent years Irish, Scots and English people have also mixed with the local people, so cross-cultural communication forms a vital part of the church’s task. We felt that All Nations could play a significant part in training leaders for the island.

Next up – Albanian adventure