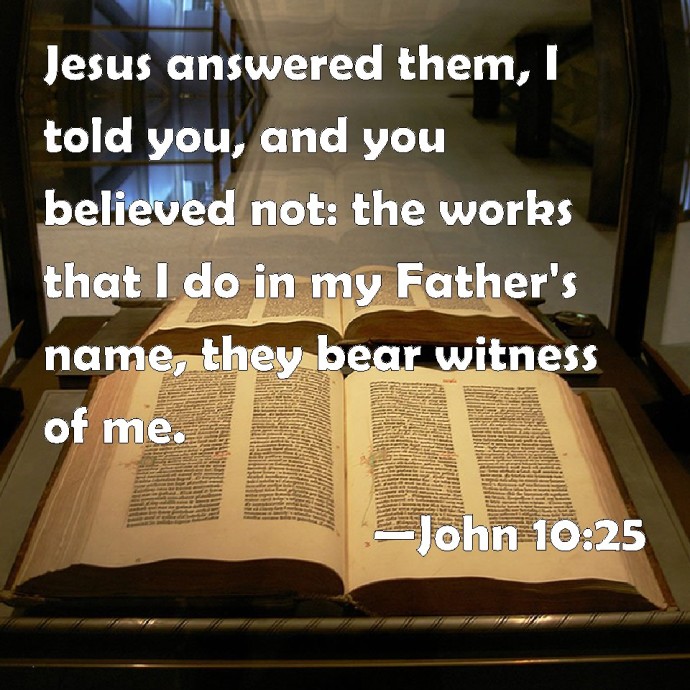 I started writing these blogs when my study of John’s Gospel had already reached John Chapter 10. So you may find it helpful to refer to earlier blogs while also using the current ones. Thus in August 2016 I wrote a blog about John 10 which you will find in the ‘Archive’ list on the right-hand side of the screen.
Jews have just finished celebrating Hanukkah, the Festival of Dedication and of Lights. Happy Hanukkah! Two thousand years ago Jesus came to Jerusalem at Hanukkah (10.22) and walked about in the temple. The Greek word used for ‘Hanukkah’/’Dedication’ literally means ‘renewal’. How significant! This chapter of teaching comes between Jesus giving sight to the blind in Chapter 9 and his raising the dead Lazarus to new life in Chapter 11! In this Hanukkah season let us dedicate our lives anew to the Messiah!
.
.
Are you the Messiah? (10.24)

“If you are the Messiah, tell us boldly” (10.24), the Jews demand. For the meaning of the word ‘boldly’ please refer to our previous blog on John 7 which is dated September 2018. Are the Jews questioning whether Jesus is so convinced of his call as Messiah that he will have the courage/boldness to declare it?
In John 10.24 an unusual expression is used for ‘keep in suspense’; literally it means ‘take away our life’. Was John’s use of this expression hinting at the sad fact that they didn’t believe and therefore they would suffer judgment and fail to attain life? What a contrast with the life-giving work of Jesus!
.
.
Jesus’ sheep (10.27-29)

In answer to the Jewish leaders’ demand, Jesus points out that he had told them, but they didn’t believe (10.25/26). Perhaps he had not told them verbally, but his works made it abundantly clear that he was indeed the Messiah. He then returns to his previous theme of the good shepherd, declaring that their lack of faith stems from the fact that they are not from among his sheep. In 10.27-29 Jesus follows this with a glorious sequence – his sheep hear his voice, he knows and relates to them, they follow him, he gives them eternal life, they will never perish even into eternity, no-one shall snatch them from his hand. Each phrase should elicit tremendous rejoicing and deserves our  careful meditation. The list contains six phrases; it might be good to concentrate on one each day during the next week.
Much debate has arisen from the assurance of the final phrase. ‘Once saved, always saved’ became a slogan among more traditional Reformed Christians who used these words to support a strong doctrine of predestination. In verse 29 Jesus reminds his hearers that our Father is greater than all other forces, so we can trust him not to allow Satan or his agents to plunder us out of his hand. His hold on us is so strong.
Our Reformed friends some times fail to notice that the previous verse has the verb translated ‘perish’ in a more reflexive form which literally means ‘release/dismiss themselves’. Even into eternity Jesus’ sheep will not release themselves from his gift of eternal life. The threat to our continuing salvation lies not only with external powers, but also within ourselves. Neither by our own sinful neglect or rejection of Jesus, nor by the demonic power of Satan and his agents can Jesus’ sheep be separated from Jesus and his Father. Hallelujah!
Somehow, however, this heart-warming assurance has to be brought together with the so-called ‘warning passages’ in Hebrews (e.g. Hebrews 6.4-6). While the spiritually unsure will rejoice and be strengthened by the promises of John 10, those who are in danger of undue self-confidence may need the threat of the warning passages.
.
.
The Messiah and the Father (10.25, 30)

Is Jesus the Messiah? Does he have the right to see himself as the lovely (see the August 2016 blog) shepherd? In answer, Jesus testifies that all his miraculous and loving works of healing are done in the Father’s name. He does not act alone or glorify himself. He does the works of the Father in the Father’s name. All he does reflects the nature of the Father and fulfills the Father’s will and purpose. As a result, Jesus just assumes that his sheep don’t only live in secure relationship with him, but are also in the Father’s hand. And no-one can prise open the strong hand of the Father, so Jesus’ sheep can go in and out of his sheepfold with security.
As the climax to all this teaching, these thoughts lead on to the vital statement, “I and the Father are one”. The word ‘one’ is in the neuter = ‘one thing’. Is Jesus basically thinking of his own works and miracles being really also the Father’s? All he does is the Father in action. Jesus’ wonderful doings are a manifestation of the Father. While the words “the Father and I are one” particularly relate to Jesus’ works, they would seem also to indicate a unity of nature and being. The Father and the Son together form a total oneness of relationship and essential being. In knowing Jesus, we know the Father; in worshiping Jesus, we worship the Father; in trusting and believing in Jesus, we come to the Father. Jesus is therefore the unique and perfect way to the Father.